My last post was all happy and Christmassy and short. Very short. When I read it I remember the emotions so clearly, because at the time we were going through a dark period and I needed happy and cheerful and fake fake fake.

You see, my mother-in-law (MIL) passed away a week before that post, after we watched her deteriorate for 6 months. The last month or two before she died had already been hard on us, with my kids watching their granny become a stranger in a hospital bed, and my husband seeing his mom become a shadow of herself. Despite that, the 3 a.m. call still caught us off guard, and everything went dark for a while.

Front page of my mother-in-law’s tribute. It was designed to be folded in half to become an A5 booklet that wrap around the funeral letter.

I threw myself into creating a tribute worthy of my MIL, fuelled by love and obligation, and probably some guilt and regrets. I was working against the clock to have it ready for her funeral, spending too many days immersed in memories while the pain was still too raw, all while trying to keep it together for my family. I remember making that cheery Christmas card, and having the distinct impression that maybe, if I fake it hard enough, maybe, eventually, things will get better.

Inside of the tribute. It shows highlights of her life.

Grief, like a giant black hole, swallowed Christmas and New Years and I can’t even remember coming up for air before April.

That’s when I got sick. I had excruciating pain for weeks and had to have an extensive operation that put me in bed for another month to fully recover. The worst part was being away from my kids, and my 2-year old took it especially hard. Then, just as things got better, something else went wrong. I had terrible pain in my arm, so much so I couldn’t use it at all, which directly affected my kids again. It got worse before it got better—more than a month, and I still haven’t regained full use of my arm, although it is getting better.

Amid all of this I was having an existential crisis. I looked back and thought, my MIL was in a good place before things went south. Things were great for her, in fact, and then she had a small accident. Nothing life threatening at all. Except it was. She never knew that the last time she read a book for Linnae or played peek-a-boo with Aiden was the last time she would read a book for Linnae or play peek-a-boo with Aiden.

What if that was me? I was healthy and fine, until I wasn’t.

Front page of the tribute I made for my father-in-law’s funeral 4 years ago.

Of course, once I went down that rabbit hole I couldn’t stop. I never shared my father-in-law’s (FIL) tribute 4 years ago when he died. It was a big shock when we heard the news—he was healthier than many people half his age. The worst of it was that he died less than a month before his very first grandchild, my daughter Linnae, was born. He also had no way of knowing that the last time he’d be fixing a gate for friends would be the last time he’d be doing anything. He was making plans, being excited about the future, and just marking time while he waited for Linnae to come. Isn’t that what we all do? Banking on all the lovely things we’ll do in the future while missing today? I know I did.

As I was struggling to come to terms with my fragility, I kept thinking of all the scrapbook pages I haven’t done, the baby albums I never completed, all the photos I printed with the best of intentions that are gathering dust in a closet.

A strange truth dawned on me, one that took weeks to truly come into focus: Keeping memories overwhelm me. Sometimes, it bloody well scares me. As a designer and writer, I always assumed that scrapbooking would be easy for me. Well, hello 15 years of struggling. How does one even deal with something like this?

Luckily this was not the sum total of my realisation. But that is a story for a different day.

One thought on “Funerals, Memories, and Facing My Fears” 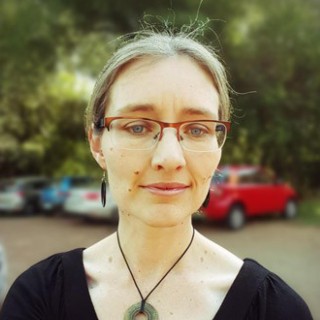